Independent sources for diversity of thought on today’s news cycles:

Bringing positive news in the midst of darkness.
Romans 8:28 And we know that in all things God works for the good of those who love him, who[a] have been called according to his purpose.

Are we seeing the revitalization of Christian civilization? For decades, the world has been dominated by a process known as globalization, a secularizing economic and political system that hollows out and erodes a culture’s traditions, customs, and religions, all the while conditioning populations to rely on the expertise of a tiny class of technocrats for every aspect of their social and economic lives. Until now. All over the world, there’s been a massive blow-back against the anti-cultural processes of globalization and its secular aristocracy. And it’s just the beginning. I believe that the secular world is at its brink, and a new conservative age is rising. Join me each week as we examine these worldwide trends, discover answers to today’s toughest challenges, and together learn to live in the present in light of even better things to come. This is Turley Talks. 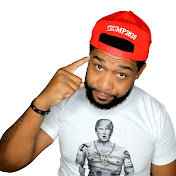 FOR DIVERSITY OF THOUGHT

The focus of my life since 2012 was to bring sanity back to the work environment, because I believe we spend so much time at work that we shouldn’t be miserable. I have an MBA and a PhD in psychology, specializing in industrial/organizational psychology. I have my own practice – Zen Workplace – where I integrate organizational psychology and positive psychology with mindfulness techniques to help make work better.

But that’s not how most people know me. Most people know me as a (now former) Democrat of 20 years who went to a Trump rally. The article I wrote about my experience went viral and garnered 3 million views in the first week. I was featured by Fox News, Glenn Beck, Dennis Prager, and on dozens of radio shows, podcasts, and YouTube videos. Find out more or contact me directly at www.drkarlyn.com. Putting my Minds URL here too so I can migrate videos there: https://www.minds.com/karlyn/

“I am confident that,in the end,common sense and justice will prevail. Im an optimist,brought up on the belief that if you wait to the end of the story you get to see the good people live happily ever after.” AMEN…

I started a youtube channel back in 2017 when all of the pizza gate/pedo gate came out from wikileaks. I felt like i had to be involved somehow. I never thought in a million years I would have a YouTube channel but I did, enjoyed it, told the truth, and after 3 1/2 years with no strikes or problems youtube decided to ban my channel along with many others due to the election and the censorship. So unfair. I was livid because i had accumulated 91k subscribers. It took me a long time to get to that point, not to mention all the wonderful people that I had grown to know. I just have to start over and I pray that many of my subscribers can find me, and to thank you ,all my new subscribers. The First Amendment won’t be silenced. If ‘Justice’ is denied, let the law of karma take a ride. Nothing in this world is done without a price.

LEGAL OPINIONS.
Dedicated to increasing the global pool of happiness and goodness in the world, one quirky video at a time! Live. Be wild. And stay young. Even if your knees crack every time you get up. Peace out!

Buddy Brown made history in 2016 by having a #1 album on iTunes as an Independent artist with “I Call BS on That.” A traditional country music artist with a relentless work ethic, Buddy’s success has been driven by his high profile on social media with over 810,000 followers on Facebook and YouTube. Between FB and YT, Buddy has seen over 135 MILLION video views and toured with acts Justin Moore, Jon Pardi and Brothers Osborne. In 2017, the Orlando Magic chose his song “Rowdy Side” as their theme song for the season. In a day and age when country radio has fallen to pop, fans are streaming now and looking for someone who says exactly what’s on their mind. “One of the great things about being Independent, Buddy says, is the ability to release songs that haven’t gone through a committee. I write every one of my songs so my fans know it’s 100% me behind it.” Buddy’s new album “Patriot” debuted #2 on iTunes Country and was featured on New Music Nashville’s Spotify Playlist.

TRIGGERnometry is a free speech YouTube show and podcast. We believe in open, fact-based discussion of important and controversial issues.

Comedians Konstantin Kisin and Francis Foster create fun-but-serious conversations with fascinating guests, including former Presidential advisors and political experts, leading economists, psychologists, journalists, social and cultural commentators, YouTubers and others. We give our guests a chance to say what they think and explain why.
Write to us at triggernometrypod@gmail.com or send us something in the post to:
TRIGGERnometry, PO Box 653, TUNBRIDGE WELLS, TN9 9RN, United Kingdom

TRUTH MATTERS: Reality is real, which means that contradictions do not exist in reality, which means there is such a thing as objective truth. At any given time, we may not know what is true about a given event or item, and we may each see different perspectives and draw different conclusions about what is true. Nevertheless, this fact that does not mean that we each “know” different “truths” about the world. When we disagree, all it means is that some of us—or maybe even all of us—are wrong. Every amount of human progress has been based on this fundamental notion. The screen on which you are reading these words would not function otherwise. And yet, in Universities today, students are taught that truth is a social construct and reality is subjective. If that’s what you’ve been taught, you are being lied to and manipulated. Your ability to think is being neutered. Resist it. And ask yourself why, and who it is that might be benefiting from the mutilation of millions of minds like yours every year.

Think Dangerously.  Unsafe Space is committed to creating a culture that: